3 coats of Sally Hansen Salon Hyacinth, a sponging of Confetti My Favorite Martian, and a coat of Sinful Colors Call You Later.

Here is a mani I wore a few days ago - I contemplated even posting this because of all the thousands of polish's colours I have seen this is the ugliest I have ever come across. I picked this up at the dollar store in my town, just for lulz, as  I am not a fan of this line of Sally Hansen polish's. A real Hyacinth is not this colour so I don't know why they would name it this.

I didnt want it too glittery, so only used 1 coat of the Sinful Colors polish. This was literally a last minute addition ~ I couldn't go out in public wearing just the Sally Hansen Hyacinth polish alone..... what would people think of me? and I didn't want to take it off and do my nails again!

Also the brush on this is 'wimpy', it was smaller and thinner than other polish's. I have tried these SH Salon polish's a few years ago and thought the formula and brush was 'meh'. This line is being dis-continued and these polish's can be found on clearance now; many are plain ordinary colours, pinks reds and Nudes but some shades are very pretty. This polish, Hyacinth was from the spring 2009 Tracey Reese LE collection. 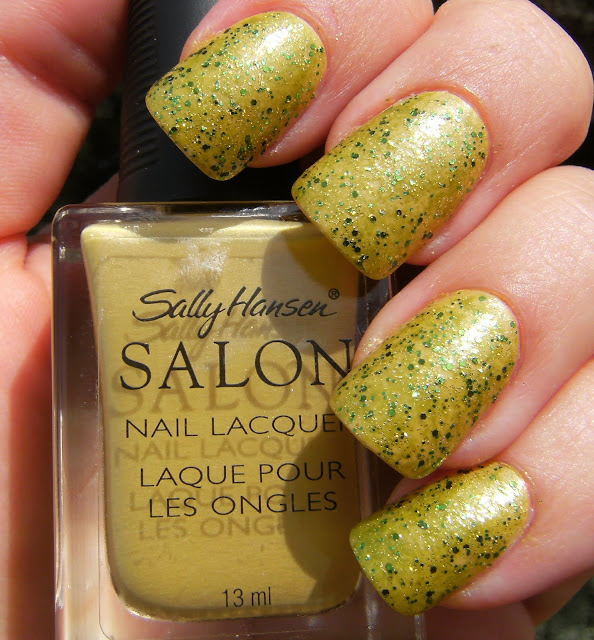 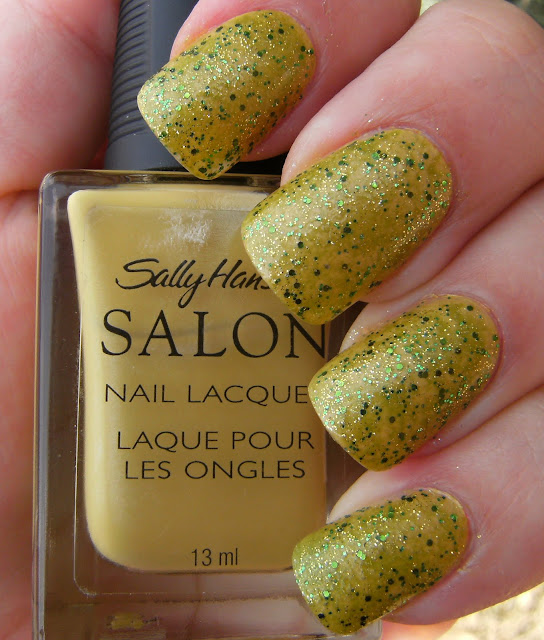 I had to sponge on another colour, because Hyacinth alone with Sinful Colors Call You Later would not be enough to disguise the fuglyness of this shade of polish. Confetti My Favorite Martian is a lovely green glass flecked polish. 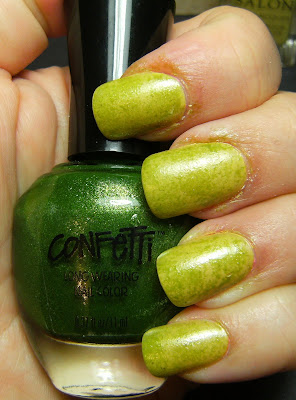 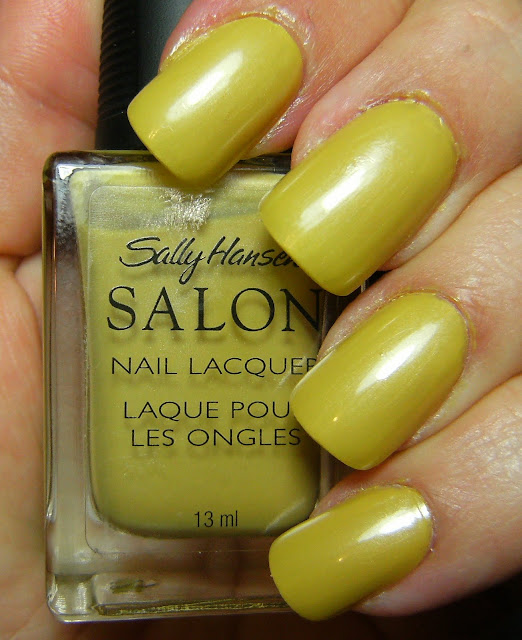 Above and below, 3 coats of Sally Hansen Salon Hyacinth. This is a mani I hoped would work out. The Sally Hansen polish does not look that bad with these two fabulous colours, Billie Pink Pansy and a franken I made earlier this month. I cut out a mailing label in the shape of a 'V' and stuck it on my nail, added the two polish's and a thick coat of TC. 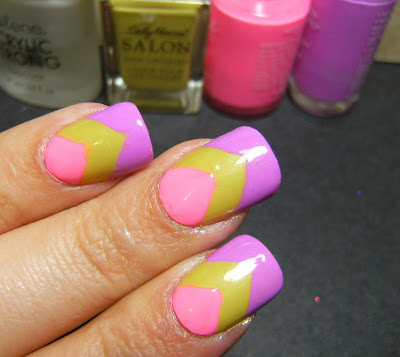 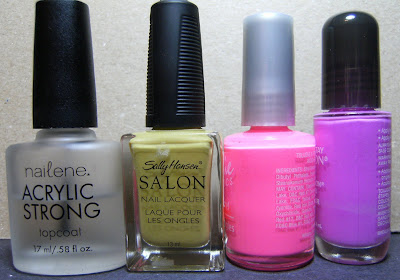 This Billie Cosmetic's polish really is that bright. I saw a look like this a few days ago and it was very pretty & tried to copy it. I will have to try again with better colours and possible skip using any type of nail guide or scotch tape. 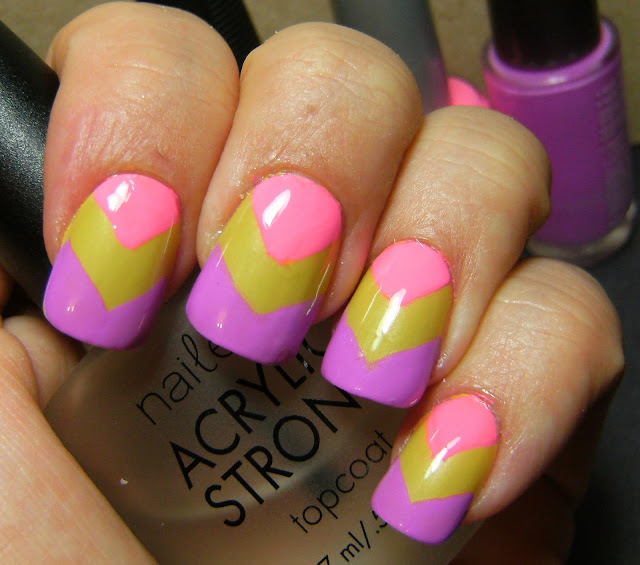 I love that mani at the end! Wow, those colors look amazing together!

You are right, not much of an attractive color. I love the 'V' mani ^_^

Not gonna lie, but that color is disgusting!! I like the "V" mani as well! It almost makes the color tolerable! I love the other two colors!

The Easter Egg mani looks awesome. :)
Thank you for sharing.

I thought I would love Hycanith. I used it when it first came out and it looks hideous on me. I do love it used with the other two shades. What a terrific idea to use these as a manicure. I'll have to try this so it won't look so horrible on me.

That last mani is so cute!

I love this chevron look! I really want to try this technique out!