Icing Shredded with Icing Swept Away 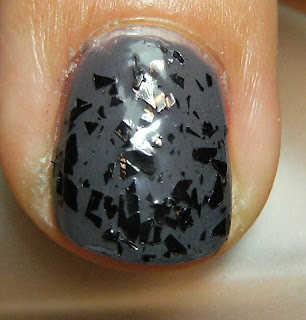 "Shredded and Swept Away', that sounds like a painful autobiography title. This was 3 fast drying coats of icing Shredded over a pretty grey creme. THIS POLISH SMELLED AWEFUL - but it's so cool! I don't think I have ever used an Icing polish that smelled bad. It is definitely going to go into my smelliest nail polish list.  This mani is 3 coats of Icing Shredded layered over 2 coats of Icing Swept Away.

Icing Swept Away is a medium grey that has a bit of purple to it. The formula was the same as all the other  Icing polish's in a creme finish I have tried - It definitely smelled like a normal nail polish, lol.

I did not add TC to this mani as I took it off immediately after the photos. I didn't want to have a smelly nail polish on my nails when it was potato chip night!... As you can see from the photos and as with most of these types of polish's =  at least 2 thick coats of TC are needed to hide the bumpiness.

I want to wear this polish again in the near future but I plan on adding copious amounts of TC to disguise the smell ( and bumpyness ). Has anyone else out there used an Icing polish  that smelled aweful? 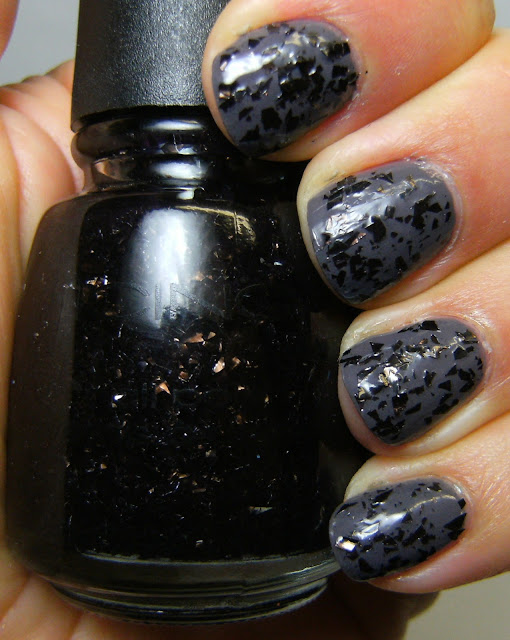 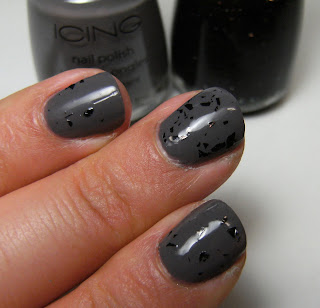 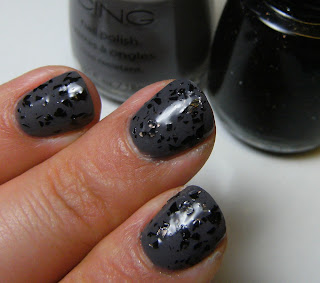 @ 1 coat ~ I was hoping I would get a bit more coverage of the black shards considering the polish  looks pretty dense in the bottle - I was a little disapointed at the first coat but this polish dried fast.

@2 coats ~ The black shards started to fill in the sparse areas. For the third coat I tried to pick up a few of the black pieces in the neck of the bottle and dab them on where my nail was a little too bare. I added a final dip and sweep and called it a mani! 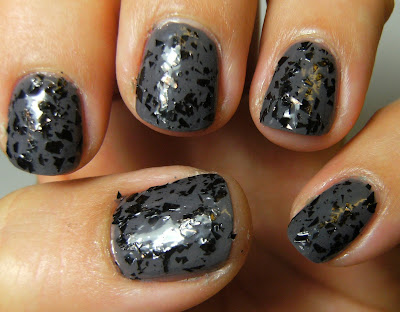 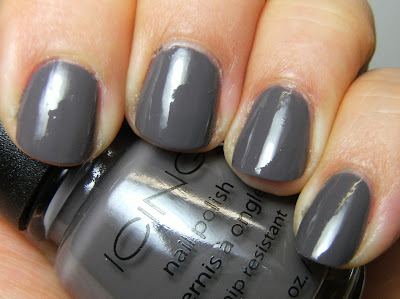 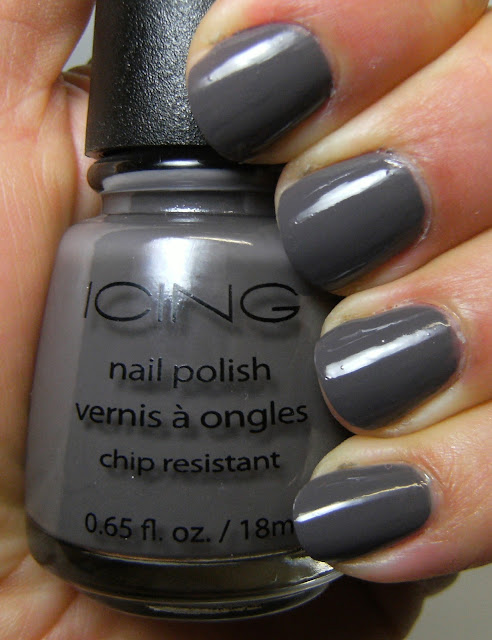 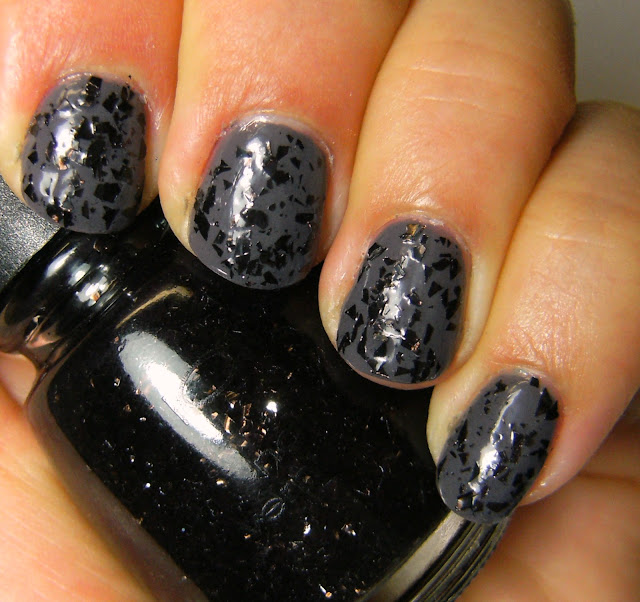