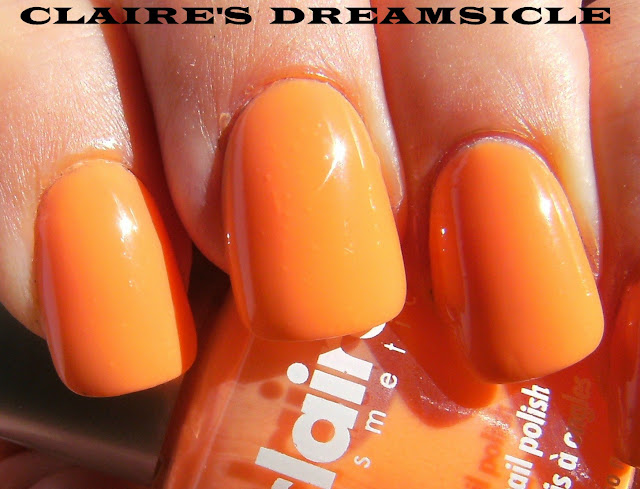 Claire's 'Dreamsicle' 3 coats with NO top coat
Ummmm..... There was some serious bubbles in my application of Claire's 'Dreamsicle'. This is a very pretty color, but is translucent and would benefit from a white polish base or even an opaque nude base, so that the brush-marks and sheer-ness would not be apparent. I had planned on doing some nail art, but ended up removing this before it fully dried. When I wear it again, I will try to avoid getting bubbles by using thinner coats.
Also - I have switched to shorter false nails for now. These are the Nailene Active Square nails. However I will be posting some older mani's with longer nails, so hopefully that isn't too annoying ( i read that on MUA) I am trying to post a few of the photos that were stuck in my SD card for my camera around Valentine's Day. I have like, 15 mani's that need to posted, so I plan on cranking out alot of posts in the next few days. Also I ruined another bottle of T.C. This one I purchased for my new swatches I am currently making. ( photo below)
Anyhoo - here's some more photo's of Claire's 'Dreamsicle'. I officially endorse Claire's polish and Icing as well. For a few years I totally avoided these brands after repeatedly picking out and purchasing super-duper sheer polish's and being disappointed = but the last 5 or so I have bought have been wonderful.
~ Full Sun ~ 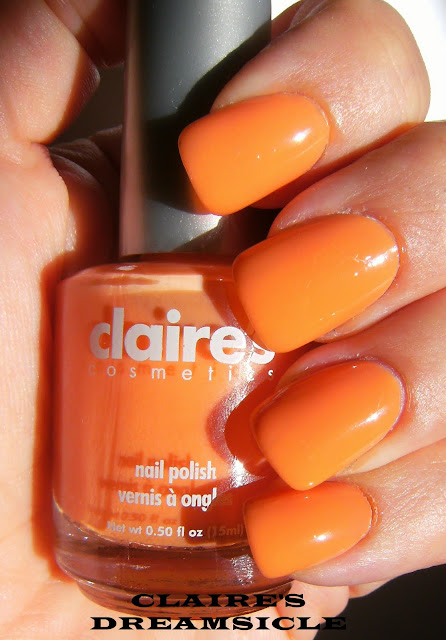 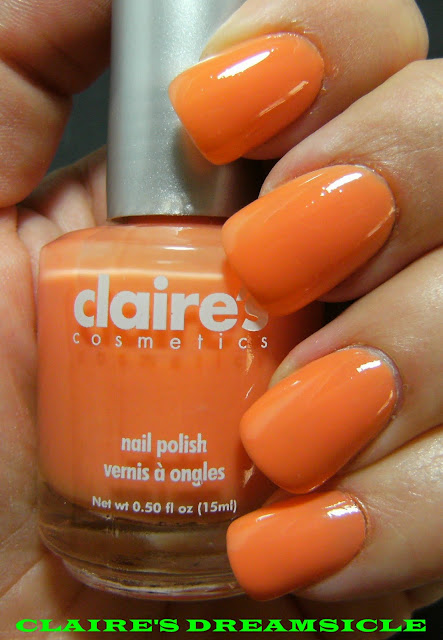 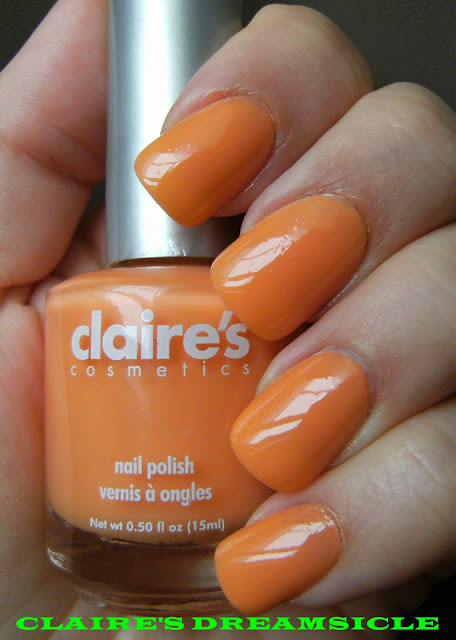 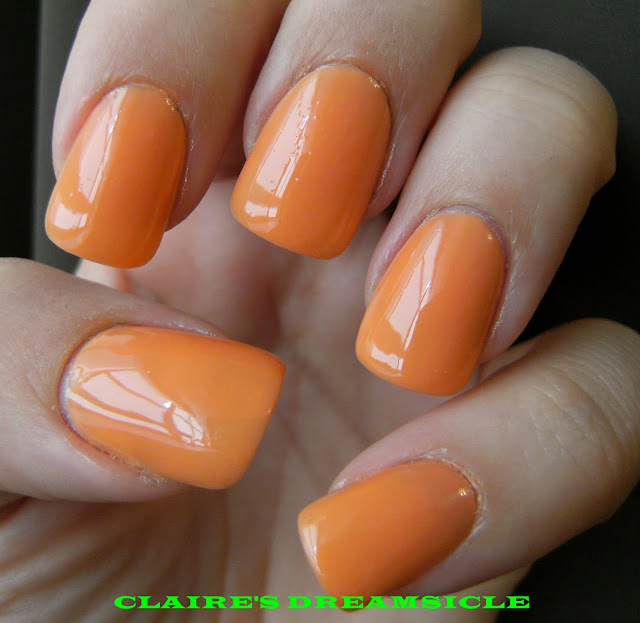 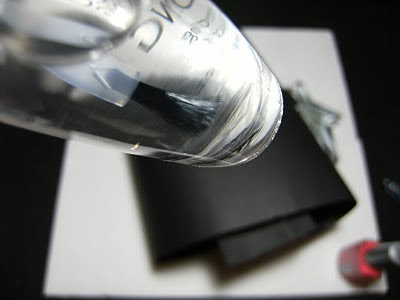 I hate when I get bubbles :( that's a shame the color is beautiful! Love the shorter nails too :) Oh I ended up messing with my Blog name so you will need to update your blog roll. I didn;t realize it would mess up all my followers lol!

I love that color! Bubbles are a bummer!
~Sylvia

Great that you swatched this colour. I snagged it from the store but haven't got to it yet. Claire's does have some good colours :-)

I wonder how it compare to WnW Sunny Side Up

Oooh- love the color! I might be willing to deal with bubbles for that one!

Love orange polish and it looks great on you. I want a dreamsicle now! :)