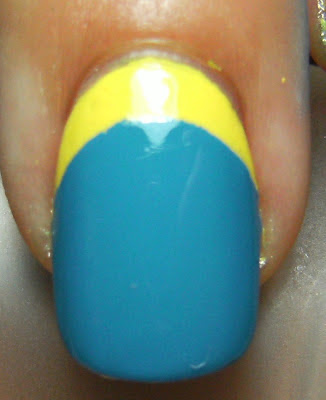 The colour and formula on Sally Hansen Insta-Dri polish's is impressive, but the double polish configuration from Summer 2011 is just ridiculous. I have nothing but praise for Sally Hansen Nail products but this one has me scratching my head. I picked this up just after X-mas, wore each polish on it's own shortly after then tucked it into my deez-elemer, forgetting about if for several months.....

Since that time I had noticed a strong nail polish-ey scent in my craft room/make beleive nail salon, but could not figure out where it was coming from. I meticulously inspected each bottle I own, ensuring that they were properly closed and that there were no cracks or flaws in the bottle caps but I could not figure out what it was. 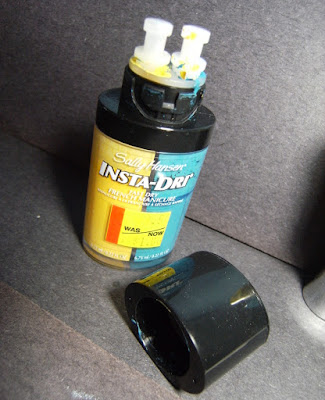 ..... it was this polish bottle, grrrrrrrrr, It did not seal properly so month after month the polish chemicals were evaporating!


The colours are fabulous and this combination is eye-catching but the deliver sucks. I am not surprised they dont sell these anymore ( at least up here )


The yellow polish, Lightening, is a nice shade of yellow. On my ring nail is Sally Hansen Mellow Yellow for comparison ( If you have a hankering for a nice yellow polish, just buy this instead). To paint my nails I had to yank out the brush stem and use that instead of that weird oblong cap.... and I didn't do a very good job. 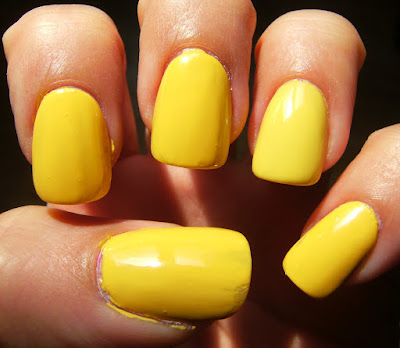 and the lovely chevron mani 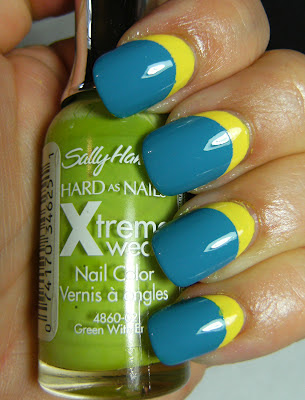 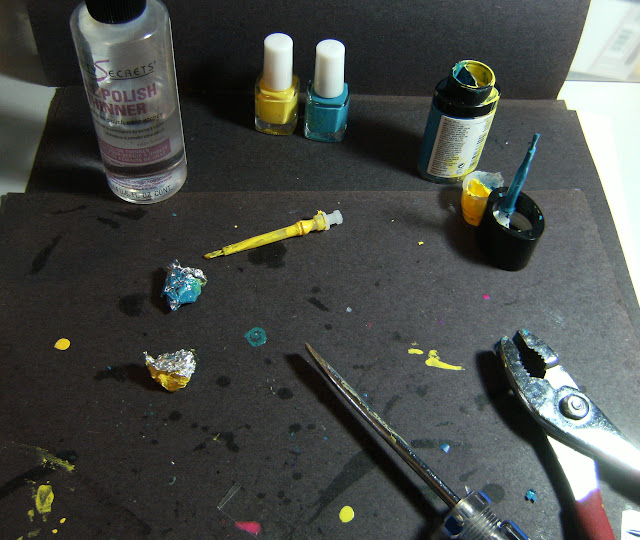 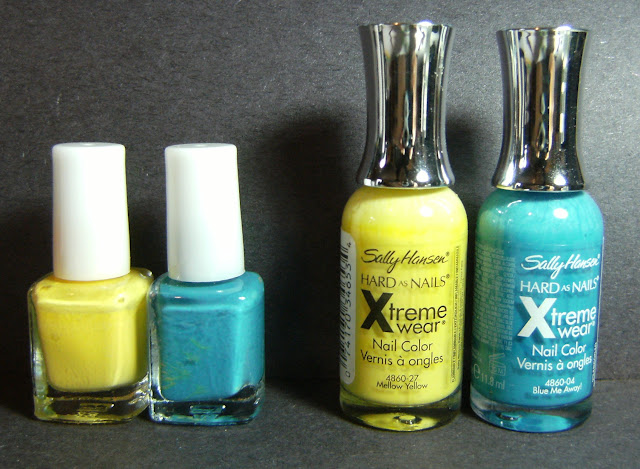 My mani today is a basic ruffian, I used nail tip guides at the base of my nails becuase my free-hand ruffian manis never look right to me. Below is 2 coats of the Insta Dri in Lightening 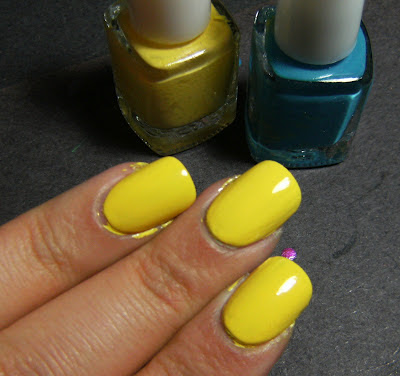 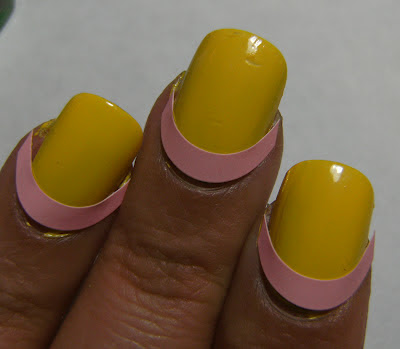 added 2 coats of the brisk blue 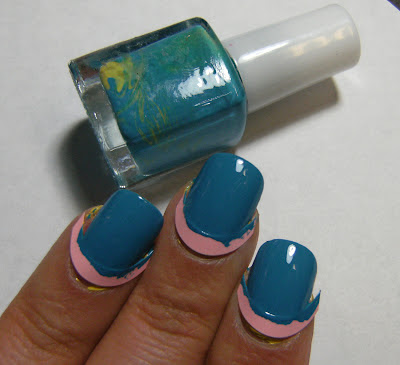 waited till it sorta dried, then removed the french tip guides and added a coat of TC 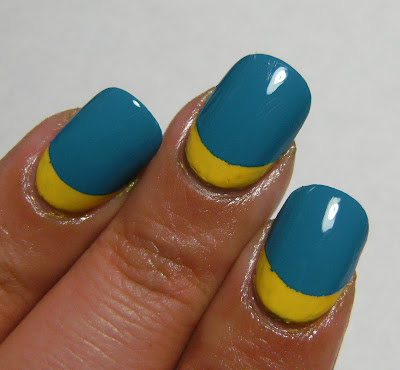 This colour combo is pretty awesome....... 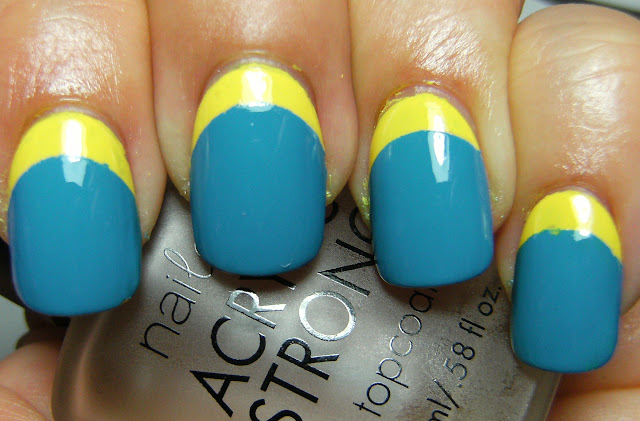 I love the colours. I prefer my nail polishes to be in separate bottles anyway but it was a good idea :P

Love it! Hope you're having a great week doll. I'm having a giveaway for a fabulous vintage Snow-White inspired necklace and earrings, you can check it out here: http://www.blondeepisodes.com/2012/05/snow-white-and-huntsman-giveaway.html

And...I'm offering 10% off all ads for the month of June! http://www.blondeepisodes.com/2012/01/yay-sponsor-my-blog.html
Use promo code: stopjunegloom

I...have never actually seen these but that design looks terrible! I'm glad you could find dupes because they're both GREAT colours!

I love the mani you ended up with but agree with you that the double polish contraption is just a MESS. Glad you didn't spend too much money on it and were able to find dupes!

I love that colour combo. I have both those colours in seperate bottles (thank god by the looks of it!) and I use them together all the time!

That is the weirdest thing I have ever seen, it looks so inconvenient to use! Glad you got them into their own bottles because they are lovely colors but man that looks like a mess and a half. Great mani you made with it!

I am so glad that I passed on those weird double polish do-dads.

i have the mellow yellow and i love it! yeah,, that looks like a lit bit messy,,,