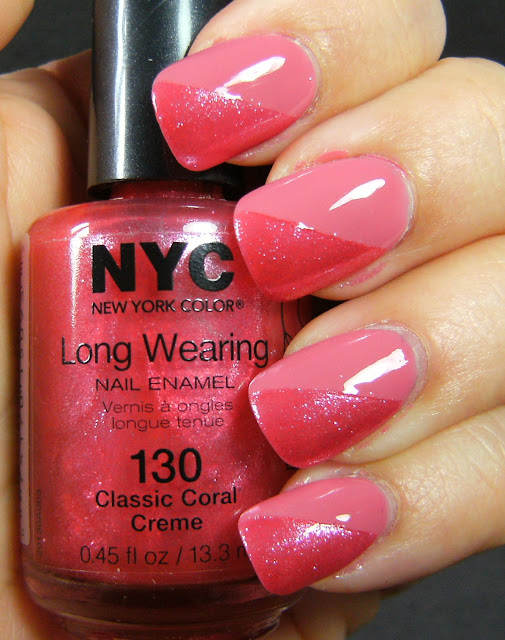 I don't know if that's the best title for a blog post....... This is a fabulous polish that I wore for 1 and 3/4 of a day - I did not want to remove it. I found this and the THE ENTIRE LINE-UP of N.Y.C. Long Wearing polish at Walmart in the big city ( Canada ) last weekend. While I am happy about that, they seem to have removed N.Y.C. In a York Minute from store shelves. Hopefully it's just a temporary thing and they will bring them back. In the mean time, Most of the N.Y.C. Long Wearing Polish are pretty awesome, and I will cook up a spam post with all the ones I have swatched in the near future.

Back to this polish. It is a GORGEOUS pink glass flecked polish = NOT a creme. It is definitly pink with barely any coral to show. This is probally one of those 're-formulations' where they kept the name but totally changed the polish. Does anyone on the world have a previous version of this polish that os actually coral, or a creme?

I layered 2 coats of N.Y.C. Classic Coral Creme over one of those cute mini  Sweet Serenity polish's I found at the Dollar Rama. Instead of french tip guides or scotch tape, I used a product I found at the Office Store that people use for creating grids on office wipe boards. it's called 'colored vinyl chart tape' and it's not sticky, so when its humid in my nail room I wont have to worry about a sticky gooey residue. 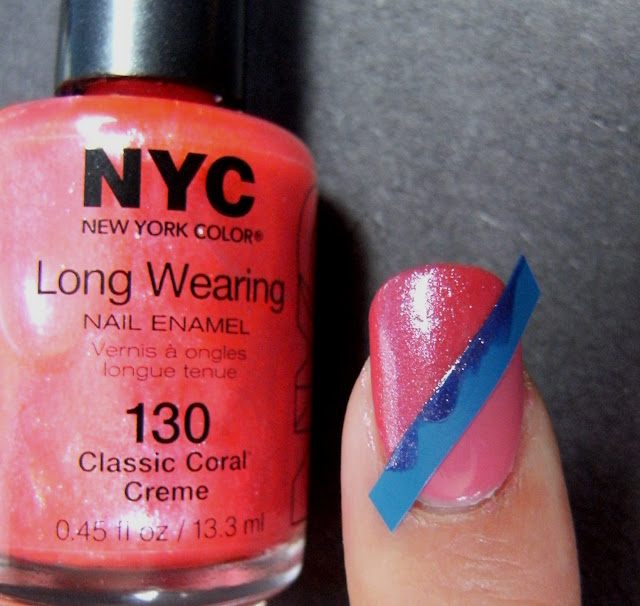 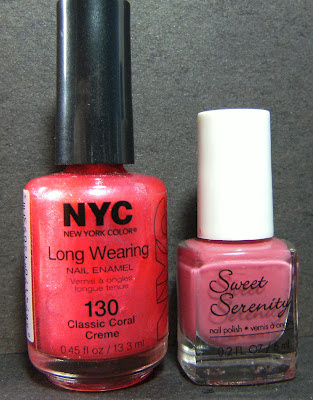 3 coats..... with a few bare spots. I am impessed that these are even @ the Dollar Rama because the first few bottles of these that I purchased were CRAP! They were water based polish's that did not dry. They have since changed their formula and the last few sets I bought had some pretty shades ( but some were streaky frosty ) 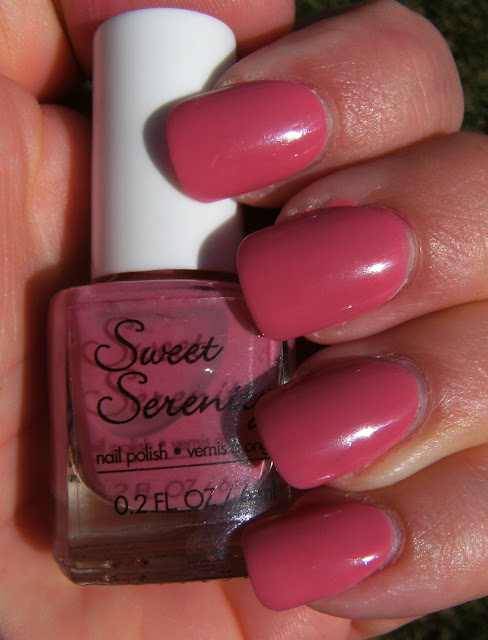 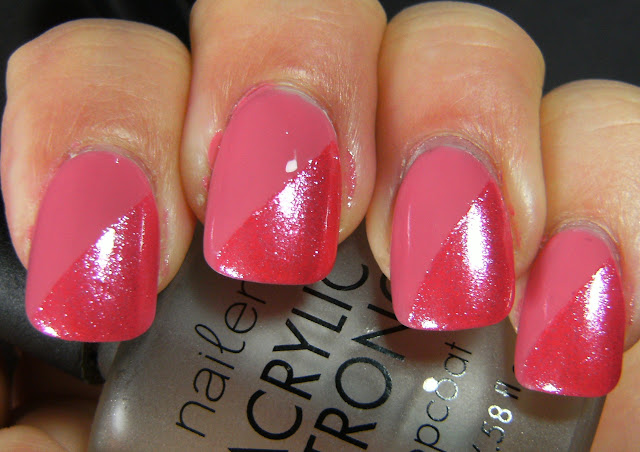 If it's not sticky then how does it....stick?

the base pink is so pretty!!! love it.

why does NYC call every polish a creme? it is a lovely color though!

I love the base one!

They will put the NYC In A New York Minute back up! My Wal Mart (in Ontario Canada) put them back up, with more colours than before and they were all 2/$3!

ha-ha, I think I should have wrote ' it is not as sticky ' as most nail polish guides!

I don't usually like these types of colours, but this one really grew on me. Thanks

hey, yeah they do call quite a few polish's "cremes' when they are clearly NOT cremes

Thanks for writing that. I love NYC polish's and was a little freaked out when they were missing from Walamrt.

This is so pretty!

When I saw your last post pop up on my google reader, I squealed lol
I'm glad that it wasnt a permenant hiatus!
I get too attached to blogs ^^

What width is that chart tape? That is EXACTLY what I need. Nail striping tape is too thin and I can't cut a straight line on scotch tape. This size looks perfect.