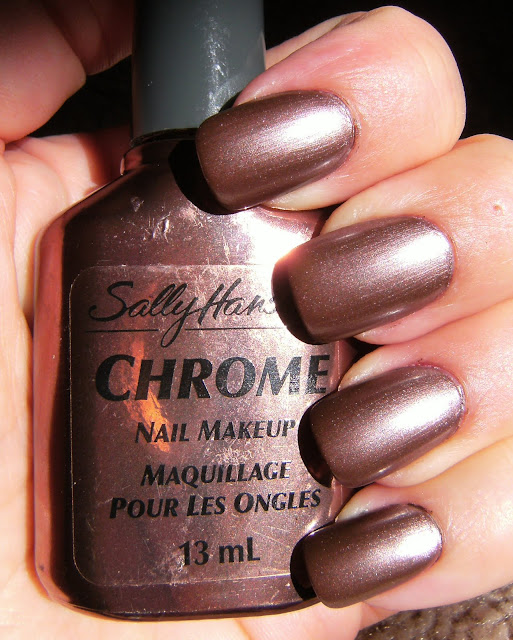 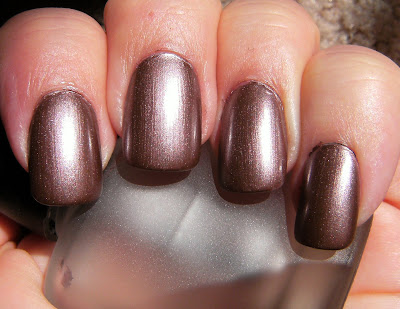 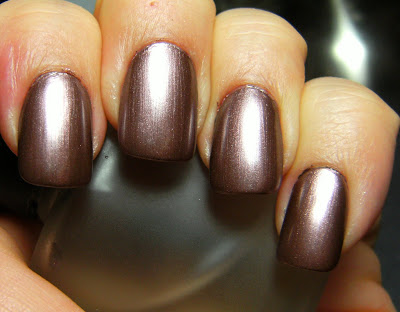 Pet fur in our polish 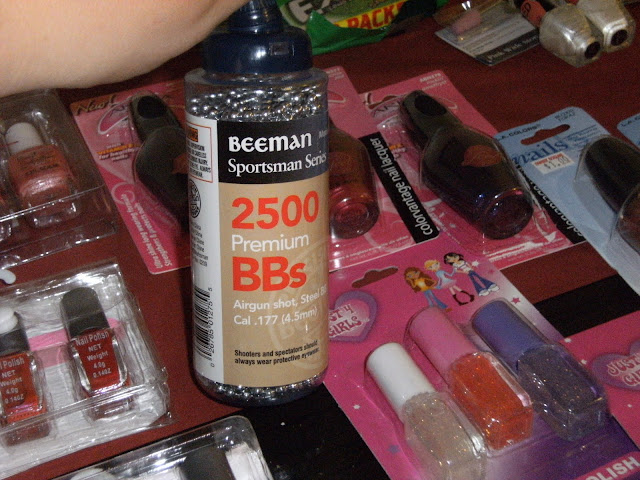 It says steel on the bottle, so I thought they would be fine. But they rusted in a few of my polish's
You really do need quality STAINLESS STEEL BB's for polish bottles
I bought these a few years ago and only added them to a few franken polish's.  I did not ruin any franken polish's that I couldn't re-make again. I did add these to some polish's that I had to throw away, thankfully I had back-ups of those.

Below is these same BB's in various clear polish's.
The smoothe silver ball came from a Sally Hansen bottle, and the 2 rusty balls are the walmart BB's that had been in a clear sally Hansen polish bottle. This was approximately 6 months later. When I repeated this recently these balls began rusting within days. 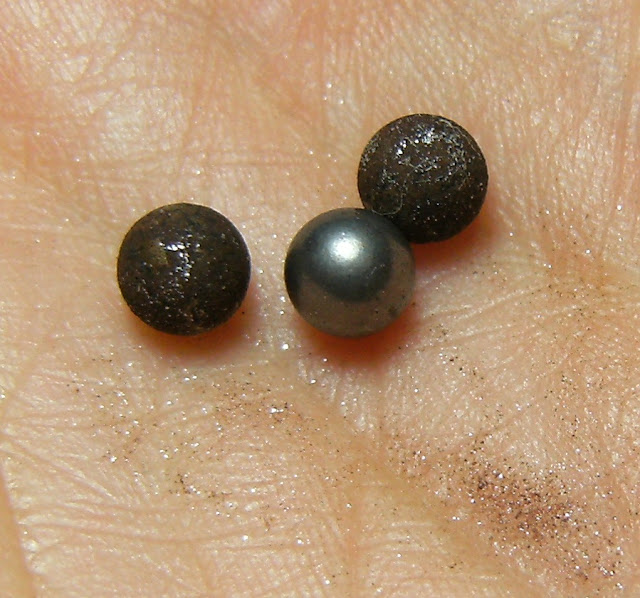 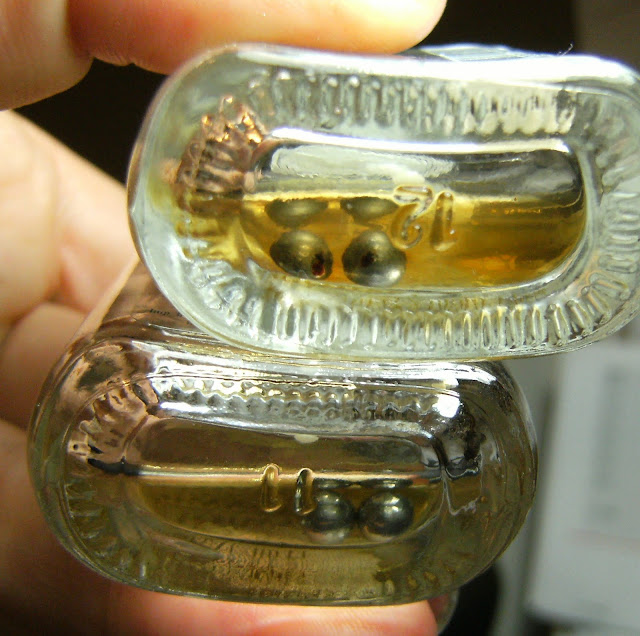 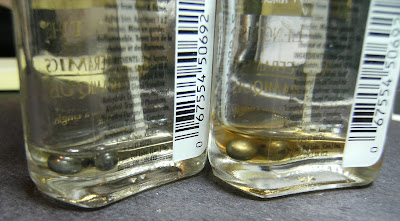 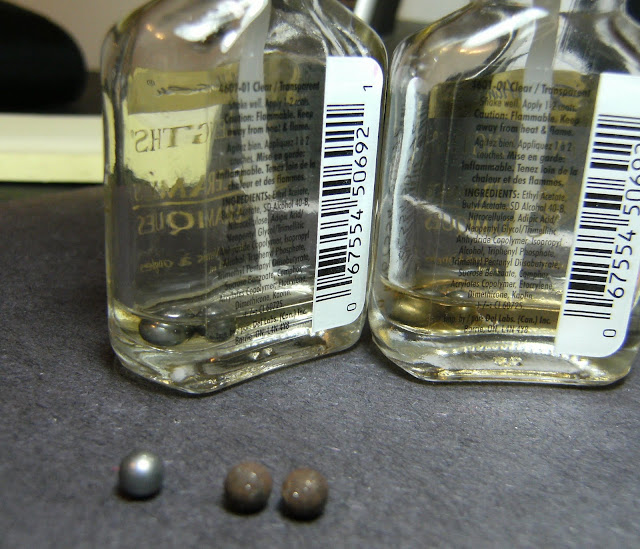 I placed these balls in clear Billie Cosmetics polish for 6 months = RUST!!! 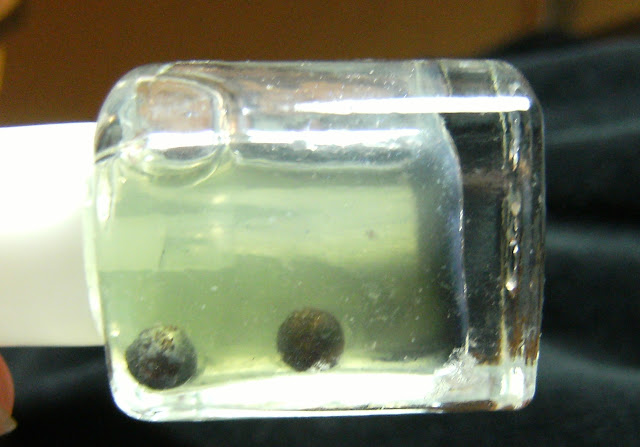 I had no idea that the ballz could rust! I use Daisy pellet ballz, and I don't see anything about stainless steel. Yikes!

Very informative! I've heard of the importance of stainless steel balls but have never seen the reason demonstrated so clearly.

Rusty bawlz are a bad thing, grrr. But it's fun to say! Thanks for the shout-out of our fledgling blog!

I just looked at some of my franken polishes and some of mine are rusted inside. Which brands do you recommended? My bb's say stainless steel and are the Daisy brand.

thanks for the shout out! I'm following you now, great blog! also, wow, rusty balls no doubt! good to know tho

And thanks for the experiment with the BBs, now I have to try it too. I never thought they would do that :S

hey thanks for putting my blog up here hehe read your stuff all the time it's great :)

Wow, that's some serious rust! Thanks for the info and photos.

I had no idea that these would rust that fast. Good to know.

Hi there! I'm compiling a Pinterest board of all the polishes I own and I came across your SH Chrome. I own the color and the name is BRONZE CHROME. Hope that helps. I love this color. I wear it all summer long. I LOVE how fast it dries. I also have the AQUA CHROME.