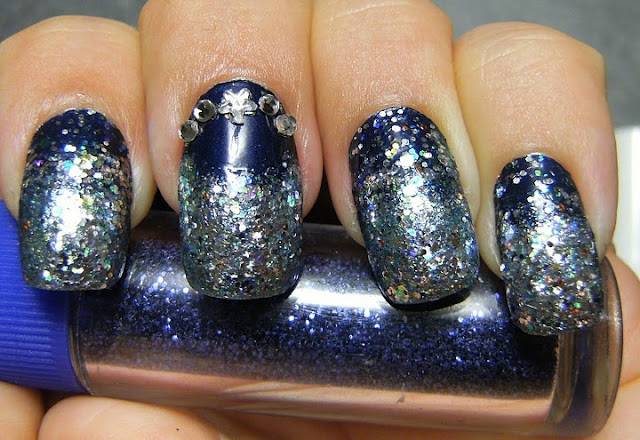 .... I am trademarking 'Glitterpocalypse'!!!!! I am getting into Halloween, and X-Mas crafts and so there is alot of glitter all over my home. = THERE IS GLITTER EVERYWHERE!!!!!! = After taking off my very pretty Black & Pink Sponge Mani, I wanted to play around with some glitter that I had. Initially I had wanted to do a Sponge Mani, So I started with a base of a deep blue Franken polish I recently made, then I used a Teal colored Foil Finish Polish for the 'sponged' tips and went from there. Instead of using the very lovely, Love My Nails in "Violets are Blue" but I just wasnt in the mood to 'fish out' all those hearts. I ended up using some loose glitter that had accumulated in a container I use to store X-Mas wreaths in..... is that depraved or what?


Well, maybe, but I actually turned out really, really pretty. All my photos were take late at night, and I removed these nails before I had an opportunity to take outdoor & sunlight photos. I am already planning my next 'Loose Glitter' mani - I think I will call this style of a manicure a " Glitter Sprinkle" Mani.


On my LEFT hand, below, I started with a base of a new franken I made, a beautiful deep blue with just a 'smidgen' of shimmer. Using a sponge I applied Billie 'Steel Blue' to the tips of my nails. I had originally intended to have all my nails as my Middle finger nail is, with the glitter extending past my smile line, but keeping that curve and then having the glitter taper off.... but it didn't work out that way. Next time I will be using nail tip-guides or some other means to keep me on track. Anyhoo- I then applied a clear polish, sprinkled on this glitter mix, waited for it to dry then repeated the process.... I think I went over my nails 3 times . On my pinky nail I added stars. After the glitter coats were dry, I went over all my nails with the LOve My Nails in "Violets are Blue". I really like the color of the glitter in that polish, the hearts?...... They are very pretty but I think from now on I will stay away from big pieces of glitter already in polish's. It's toooooo hard to try and fish them out. It is way, way easier to use a toothpick to pick up larger pieces of glitter and place them exactly where you want them. On my RING finger, I added some stick on rhinestones.

This ended up being a really thick polish job, easily 1 mm, maybe even 2 mm. Hardly noticeable, but I thought that it was pretty thick. China Glaze Fast Forward is a great Top Coat for sealing in copious amounts of glitter or other things. However I found that it has become very, very thick and sometimes difficult to work with = nothing polish thinner can't fix..


Here is 1 million photos. If you have a hankering to mess around with glitter, cover the area you will be working in with waxed paper, so that you can fold it up with the glitter neatly contained and easily dispose of it = because glitter goes everywhere..... EVERYWHERE!!!!!!! 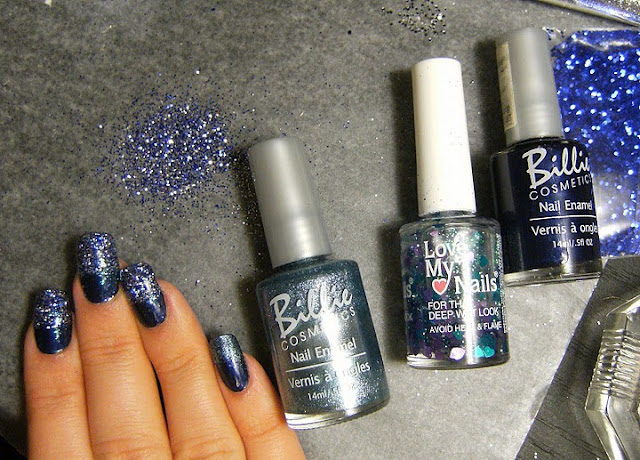 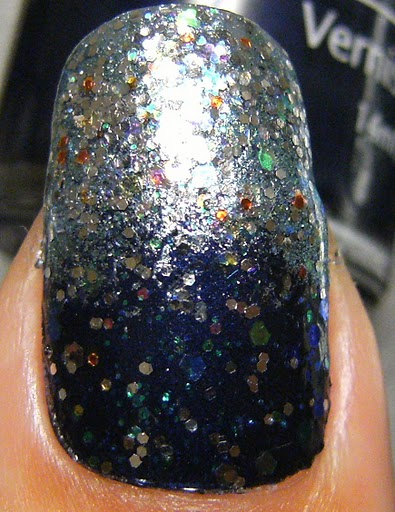 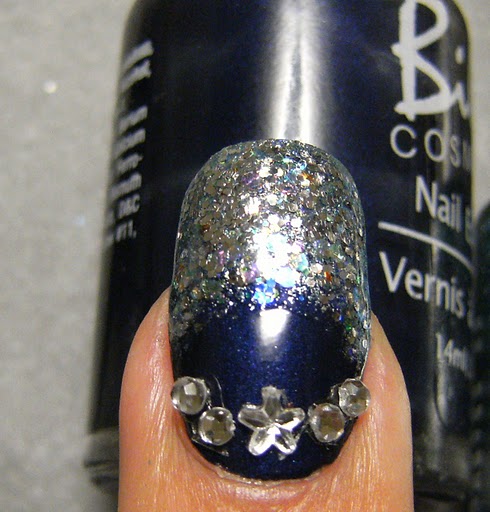 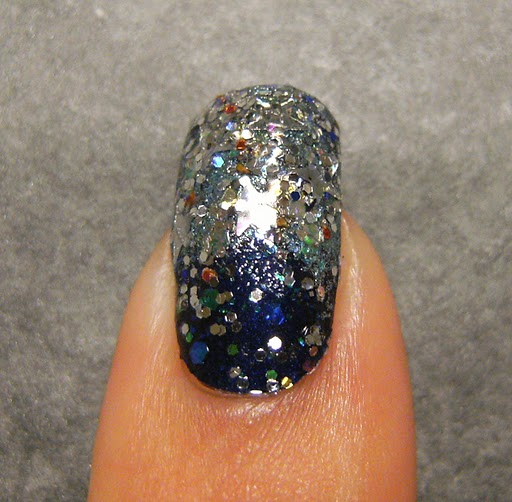 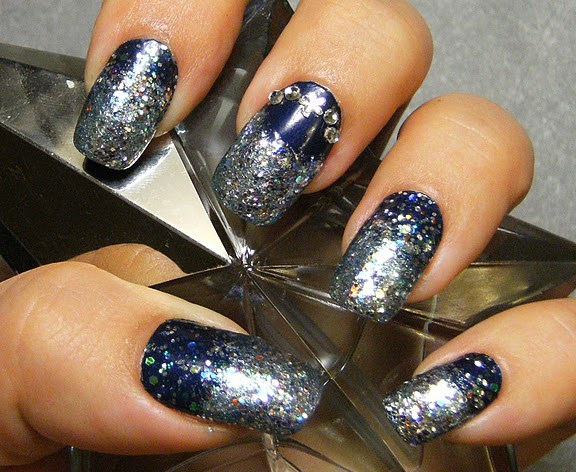 That is stunning, I love it!!!

Oh. My. Word. This is so freaking awesome!!!

Thought I would mention, that this was a trend (glitter on the tip only) that I saw A LOT in Japan. I've been meaning to post on it myself, but I haven't the nails to pull it off. Usually what I saw over there was clear or tinted polish with just a light dusting of glitter at the tips, rather than an opaque base color. But it was everywhere. :)

Great! Glitter is so nice to look at and so hard to get off :(

This is really pretty

Well! I fell asleep before I got to the glitterpocalypse in my dashboard, Dee, but oh my goodness, that's a lot of work but your nails look FREAKING AMAZING! I love this! Hahaha, but that's a perfect name for it!

This is so glamorous! It makes my heart stop... I love it!