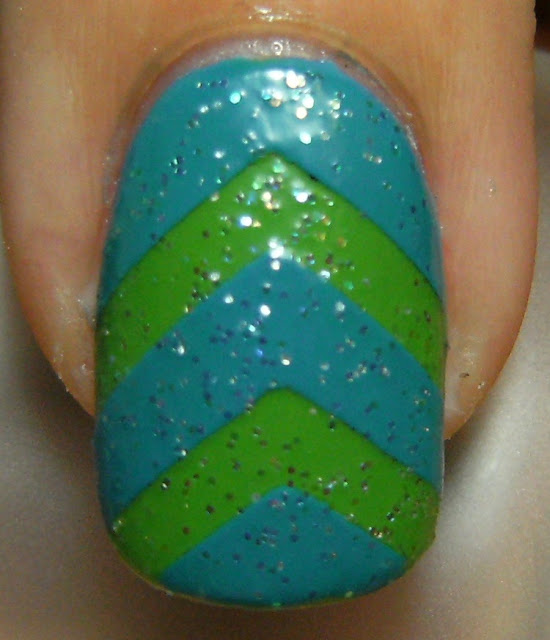 I have tied at least 5 different brands of french tip guides and most of them leave a sticky reside when the humidity is high.... so I know better than even to even try with the weathe we were having - but I had a need for a green/blue chevron. I started with 2 coats of N.Y.C. Green Line, applied the chevron nail tip guides then added 3 thin coats of N.Y.C. Water Street Blue, following the angles of the nail tip guide.

When I pulled off the tip guides there was an unbeleivable amount of sticky goo - it was extremely humid when I did this. Instead of adding top coat, I left my nails as is - hopeing that washing my hands and manually picking off the sticky goo would help.

The next mroning I slapped on a coat of Wet n Wild Hallucinate, strangly the ridges left by the nail tip guides did not bother me. 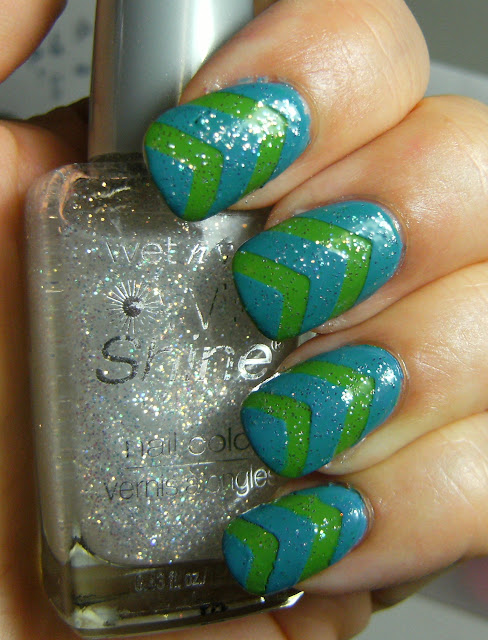 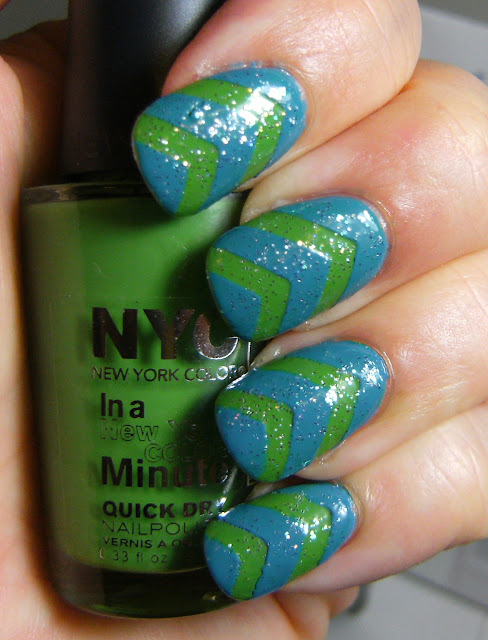 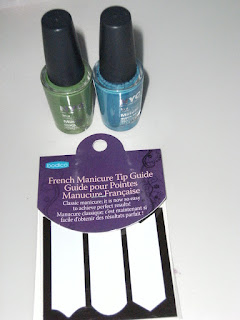 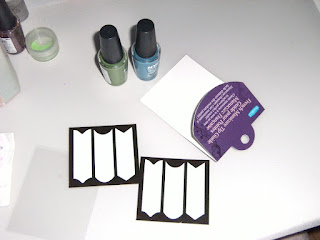 But when I opened the package there was 2 separate sheets of the nail tip guides! Enough for 3 manis in each pattern ( if you have 10 nails lol...)


I used the pointy chevron nail tip guides for the mani 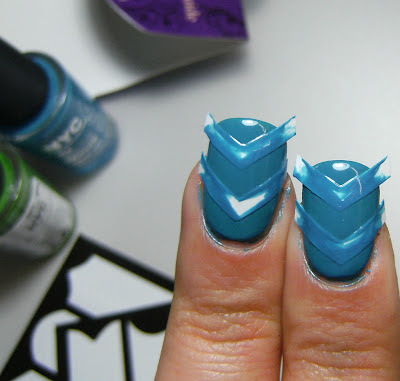 when I peeled off the guides there was TONNES of sticky residue, I washed my hand a million times and scraped off as much a s I could but it was cemented on my nails! I did not apply top coat and only added the Wet n Wild sparkly polish the next morning..... 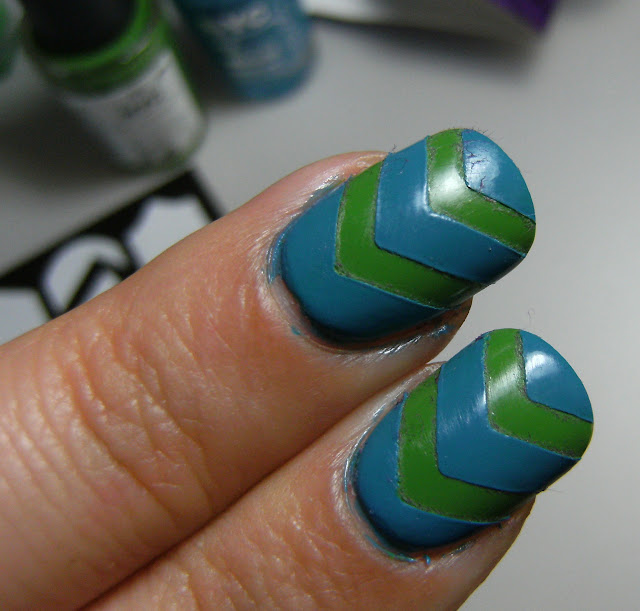 Here it is later in the day with NO top coat.... 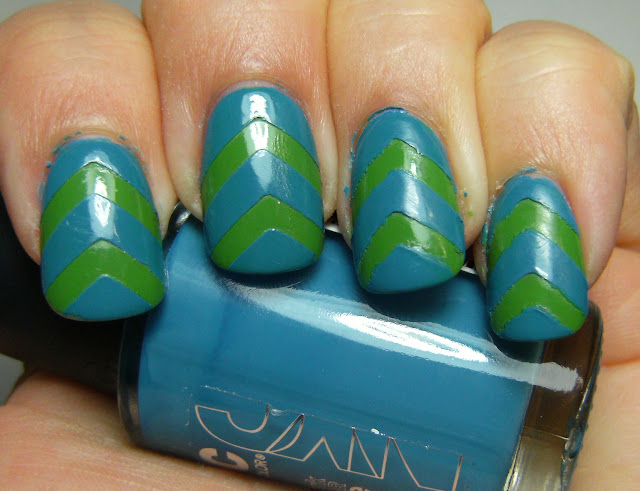 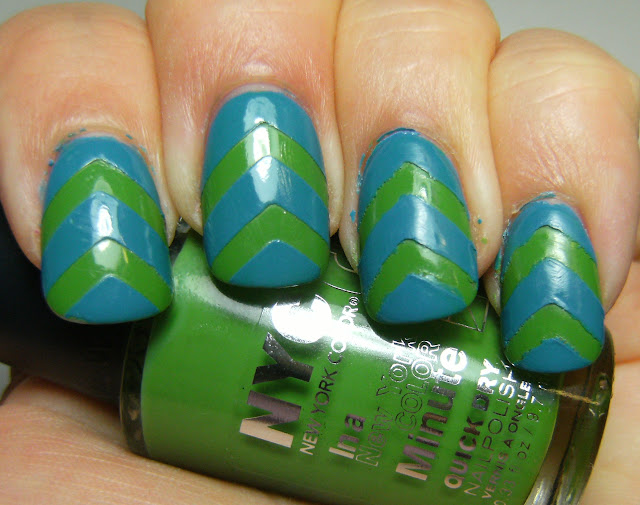 and with 1 coat of Wet n Wild Hallucinate 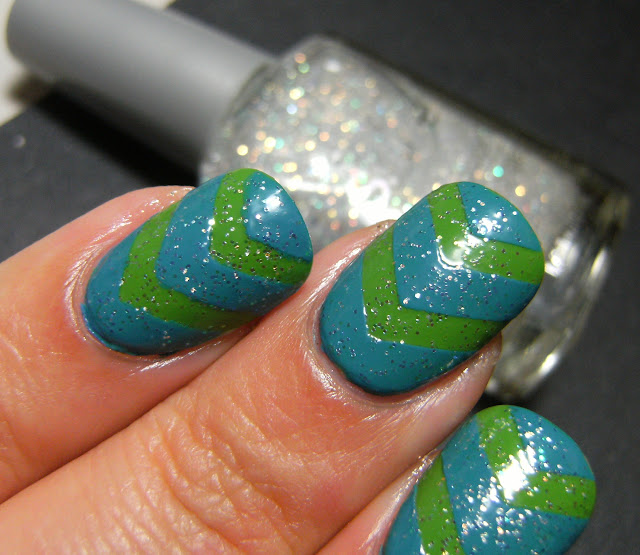 and a bonus pic of some pretty moss in my yard 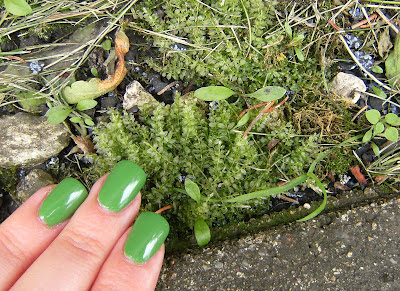 and my franken Flim Flam a month later..... no colour bleeding, however removal of this polish was near impossible, I ened up removing my artificial nails intead of trying to use nail polish remover to get it off..... The colour effect of this glitter from The Dollar Tree is awesome, but I am probally going to wait untill its time to change my artifical nails to whip up any more Flourecent Dollar Tree glitter frankens

EDIT: I mixed up these Dollar Tree glitters with Billie Cosmetic's Clear ( which can also be found at some The Dollar Tree stores ) 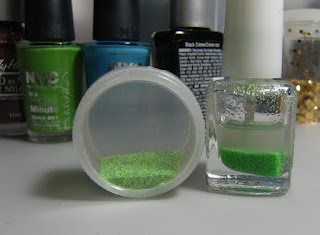 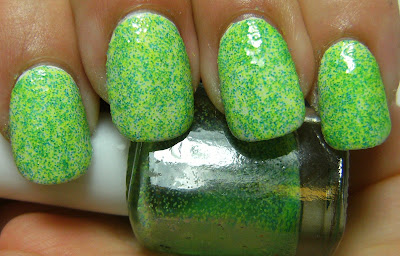 o
Posted by Deez Nailz - Canadas most fabulous hand model at 9:34 AM
Email ThisBlogThis!Share to TwitterShare to FacebookShare to Pinterest

Despite the sticker problem- these turned out great!

Very nice!! I love the shimmer you added too.