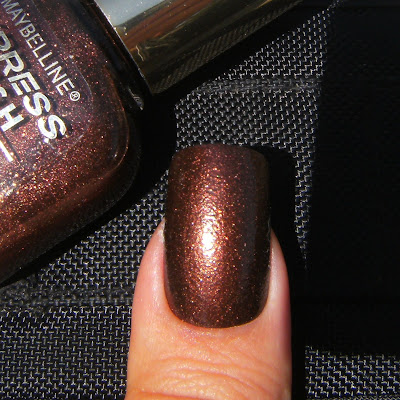 I pretty much say that I love every polish I wear ==== or see on other blogs, I loooove colr - so they sincerely are beautiful , however these 4 polish's are just not up to par for me, they are pretty and are unique but just are not working out. We can still be friends, except 'Peanut Shell'.

This first polish, Maybelline 'Bronze Beam' I had hoped would be a fine copper glitter in a mid-copper base, but instead it was a very grainy glitter..... with ALOT of texture, While it is a very pretty color, I think I needed 3 medium to thick coats of T.C. to get it smoothe, it really is a weird texture. I do not foresee myself doing a full mani with this any time soon. 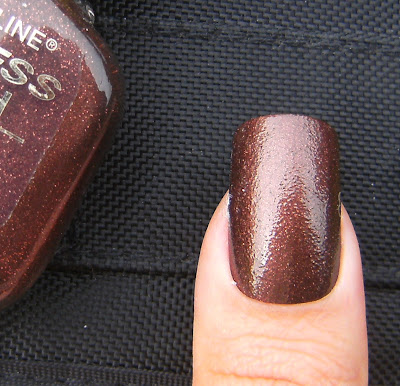 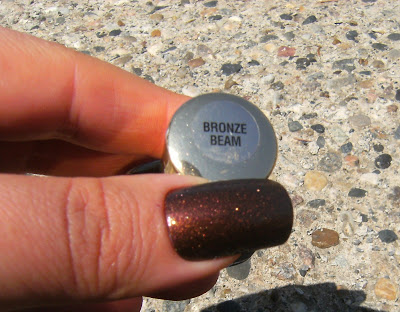 
Goodbye 'Peanut Shell' Thanks for everything. 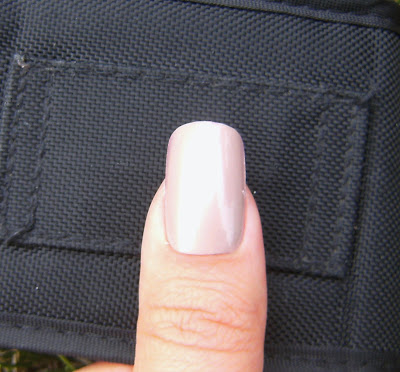 I saw on a few other nail blogs that using these ridiculously sheer polish over a rich silver looked really, really pretty, and I did try that but after 4 COATS there really was not enough color to make a difference.

Also, I find this looks blue, not at all emerald. Maybe someone fell asleep at the nail polish labeling masheen, again ? 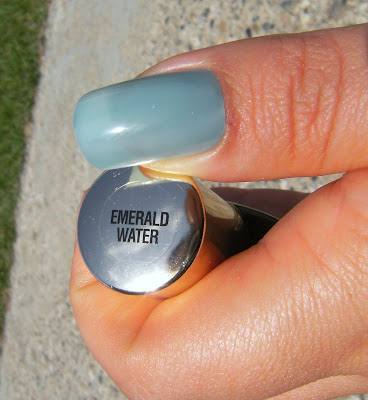 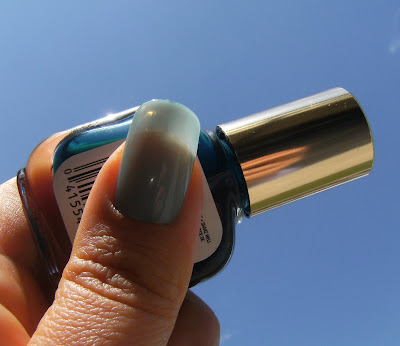 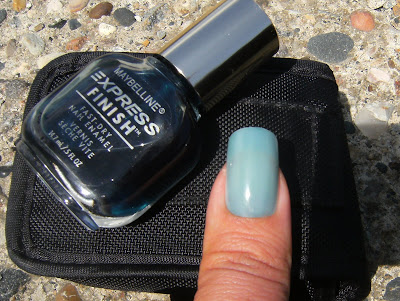 Finally, we have Ghetto-Ghetto Fabulous. I have this 'Viva' brand polish in black as well, and I am certain that this is Auto body paint just in a tiny bottle. Sometimes it gives off the aroma of standing water in a creek or bog, but mostly I can detect the scent of an Auto body paint booth. Of some photos I have seen , this sorta looks like Misa Ghetto Fabulous, though I have never seen that polish first hand. These photos of Ghetto-Ghetto Fabulous were taken during an overcast day. Definitely a polish that should be used out side. I think it's a pretty color and plan on a full Mani soon with some Sunshine Pic's . 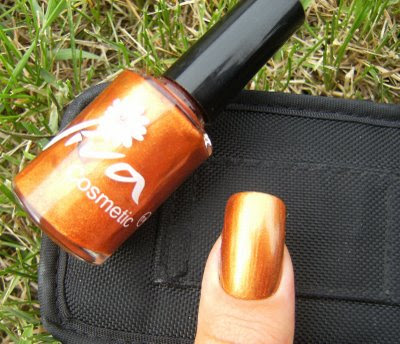 LOL! LOL! You are too funny. That green...um, I don't think that's green. That looks like a soft blue? Totally weird. And the bronze...it's lumpy like sandpaper! Doesn't look like it would do that from the look of the bottle, which is really pretty.

That Maybelline Bronze is a pretty color until you look closely. Uck! It does look like colored sandpaper. That's really weird. Emeral Water sure doesn't look like Emerald. It looks a little like For Audrey. The other polish does look like Misa's Ghetto Fabulous.